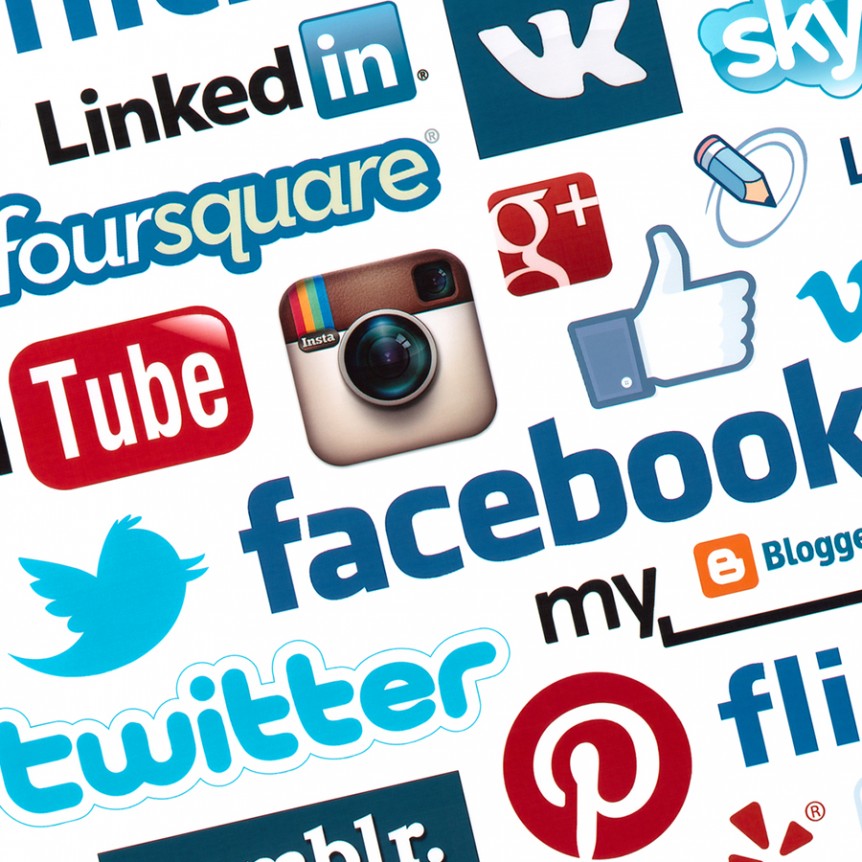 We live in a social media world, there is no denying that and if you think that you as a label or artist can succeed bypassing them, you are in for a rude awakening.

Times have changed, finding success in the music industry can be attributed to a multitude of things but one of the most important ones is your “internet” presence. Having a Facebook page you rarely ever update is no longer good enough. Fans want more, fans deserve more, they are craving for content in different types of formats and if you are not feeding them, the competition surely is!

The Dance music market is highly predominant with young consumers, most which don’t go over the age of 34. We wanted to put that to a test and analyzed data from our most popular labels and artists on streaming services and digital download stores (those that allow us to tap into that information) and we found out that a whooping 35% of all plays/downloads were from fans ages 18-22, 25% from 23-27, 17% from 17 & under and 12% 28-34 while the demographic of 35 & older combined for only 8%.

We know those stats are only a small piece of the pie and don’t tell the full story but it is a very valuable piece of information to build off of. Social Media marketing plans and drivers have become just as influential these days to get good placement in stores as the quality of the music, the PR campaign and DJ/Radio feedback. Numbers matter.

We know Facebook is the alpha male in this area and it is pretty safe to say everybody has one and keeps it fairly updated but what about the rest?

Youtube is considered by far the biggest music discovery platform in the world with over 1 Billion active users and counting. According to Google over 40% of its users are between the ages of 18-24 and about 26% are 25-34, thats a combined 66% of their users. If you still have our stats shared above fresh in your mind, you should by now be connecting the dots as to why it is important to have a presence on YT.

Chances are someone else has already shared your music on the platform with or without your permission but why not build your own fan base? why not allow fans of your music to find everything from your catalog in a single place? You are missing on quality followers!

LE Tip 1: If you are using Label Engine for distribution or have a promotion subscription, you can take advantage of our “Video” creator. What it does is it allows you create HD quality videos using a combination of your music and cover artwork, you can also upload a custom image if you desire. The system also allows you to connect to your Youtube account directly from your LE account so there is no need to download or upload anything at anytime.

LE Tip 2: If you are distributed by Label Engine, we can also help you monetize your channel and uploads if you wish to generate some extra revenue for yourself or your artists while building a fanbase.

Soundcloud officially launched in 2008 and quickly became the darling of musicians for its ease to use, embed and share, as well as having additional features that allowed content creators to measure their music’s popularity based on plays, comments and likes.

In October 2013 Soundcloud announced it had reached a major milestone, 250 million users. Since then it has been difficult to get an updated number on active users but it has been reported by various sources that it attracts well over 175 million listeners every month.

According to this report posted on Paste Magazine Feb 17 of this year, 4 out of 10 users bought a download the month before and 8 out of 10 users pay for content online, users are twice as likely to buy downloads and 1.5x times more likely to pay for a premium streaming service. That conversion rate could easily be the biggest one among all social media networks for labels/artists.

Needless to say, labels and artists should not only have Soundcloud accounts but actively share content on it and plug it in as many places as possible.

LE Tip: Distributed labels and promotion subscribers can take advantage of the Soundcloud option available in the “Share” menu. You can connect your Soundcloud account directly to your LE account and upload music in seconds, you can pick from a range of options, from full track to beatport-like clips or even select a custom start and ending to it. The system will also transfer the description, genre and metadata available to the upload.

Twitter came like a hurricane in 2005 and quickly became the go to social network to discuss live events and break news in a mass scale. Since then it has also become a platform to easily interact with your favorite artists/brands and discuss your favorite topics in real time.

From a label/artist perspective, twitter offers the best way to interact with your fans and do so in a more personal way. A key to developing a fanbase is to not treat your fans as a dollar sign, they are interested in all of the aspects of your life, professional and personal. Twitter gives you an option to show them another side of you they don’t know about, thats powerful.

As reported in late 2014, Twitter has over 288 million active users and its age demographics are pretty similar to those we discussed earlier on the post. 35% of the users are between the age of 18-29 and according to a pew survey 52% of the users get their news from the site. Meaning Twitter is at the fore-front when it comes to people reading about something for the first time in any platform.

Twitter’s real time timeline makes it difficult for all of your users to reach your news at the same time so if you start using it, you should pay close attention to what time of the day your tweets receive the most impressions and interactions (Twitter offers analytic tools for that) so you can optimize your content. They also have an option to schedule tweets, which you should take advantage of but try to keep all of your content as organic and “on the spot” as possible.

LE Tip: if you are a newbie on the site and don’t want to feel like you don’t know anybody, feel free to follow us on there and we will return the favor so we can chit chat @Label_Engine

We left other social networks like Instagram, Snapchat and Pinterest out because they are fairly “new” and have more of a niche demographic and following. They are more personal and direct, it can be very time consuming to keep up with them and since there is little access to any analytics, it would be hard to measure any impact.

However, we highly recommend it for labels/artists that have active lives or tour consistently, fans love seeing pictures of the places you travel to, the clubs and festivals you play on and it doesn’t have to feel like you are marketing machine. Those sites are also still not invaded by ads (yet) so they have a more organic feel to them.

The ultimate goal of any social network is to connect people around the world to each other, so don’t be afraid to get on as many of them as you can, not only for promotional purposes but also as a way to start meeting other people in the same industry or have similar interests. We know keeping up with your social networks can be time consuming but it has become such an integral part of everyday life that it should become a part of your strategy and every day “tasks”.

If you have any additional questions or comments feel free to send us an email at support(at)label-engine.com or discuss with us on our social media platforms.
Follow us on Twitter – Like us on Facebook