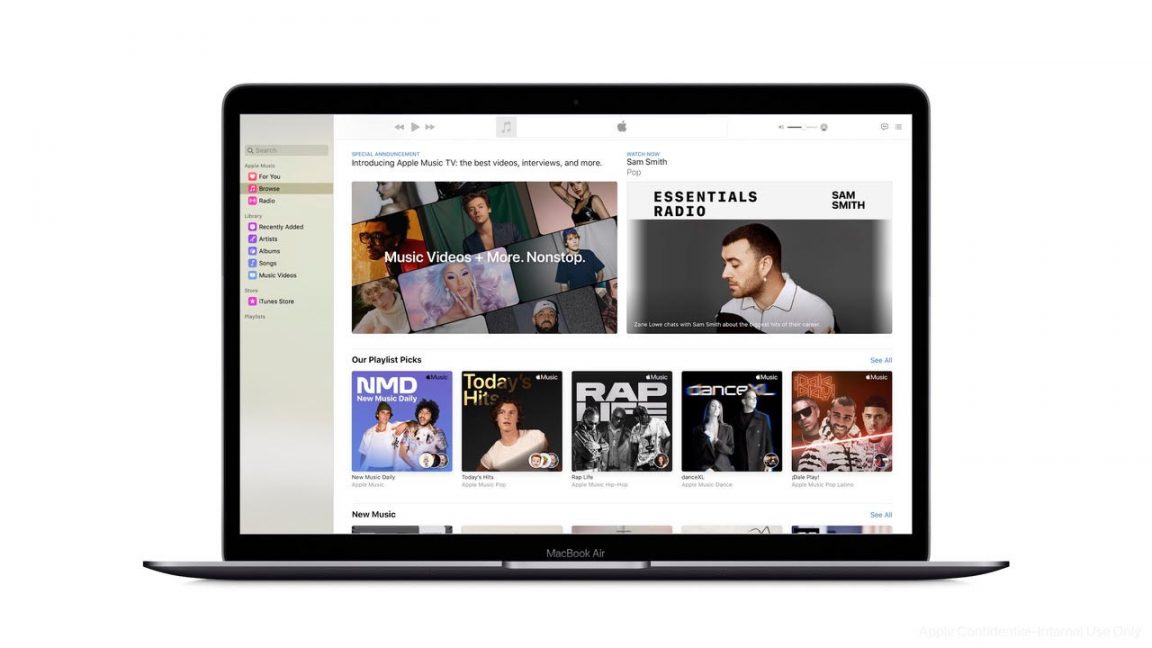 Apple Music has just launched Apple Music TV, a new music video station with curated programming available 24 hours a day. It is only available to U.S. residents. You can connect to it on the Apple Music app, and on Apple TV app from Browse or the Watch Now page at https://apple.co/31u5D0a.

It will premiere new music videos at 12PM ET every Friday. It will also include other original Apple Music content from interviews to concert footage. Special programming like Bruce Springsteen’s 24-hour takeover to promote his new album release will feature music videos, concert footage, interview with Apple Music, and a livestream event that will interact with fans.

There are no interactive features on the channel, such as favoriting a song or adding it to your own playlist. A subscription to Apple music or Apple TV is not needed. Its simplicity and lack of personalization will make it more like traditional TV broadcasting, which can be appealing to those who prefer it. There has always been something nostalgic about turning on a TV channel and watching a music video marathon, reminding us of the good old days of MTV when it first began. It’s easy to forget how much the music industry has evolved to arrive at this golden age of music streaming.

“Music Videos + More. Nonstop.” says Apple Music TV – this is a new opportunity for artists to connect with fans. Without having to go to Youtube or other video streaming sites, artists and labels can now promote music videos directly on Apple Music. During this pandemic that has put a halt to our festivities, this is also a way to create memorable fan experiences and stay connected from home.