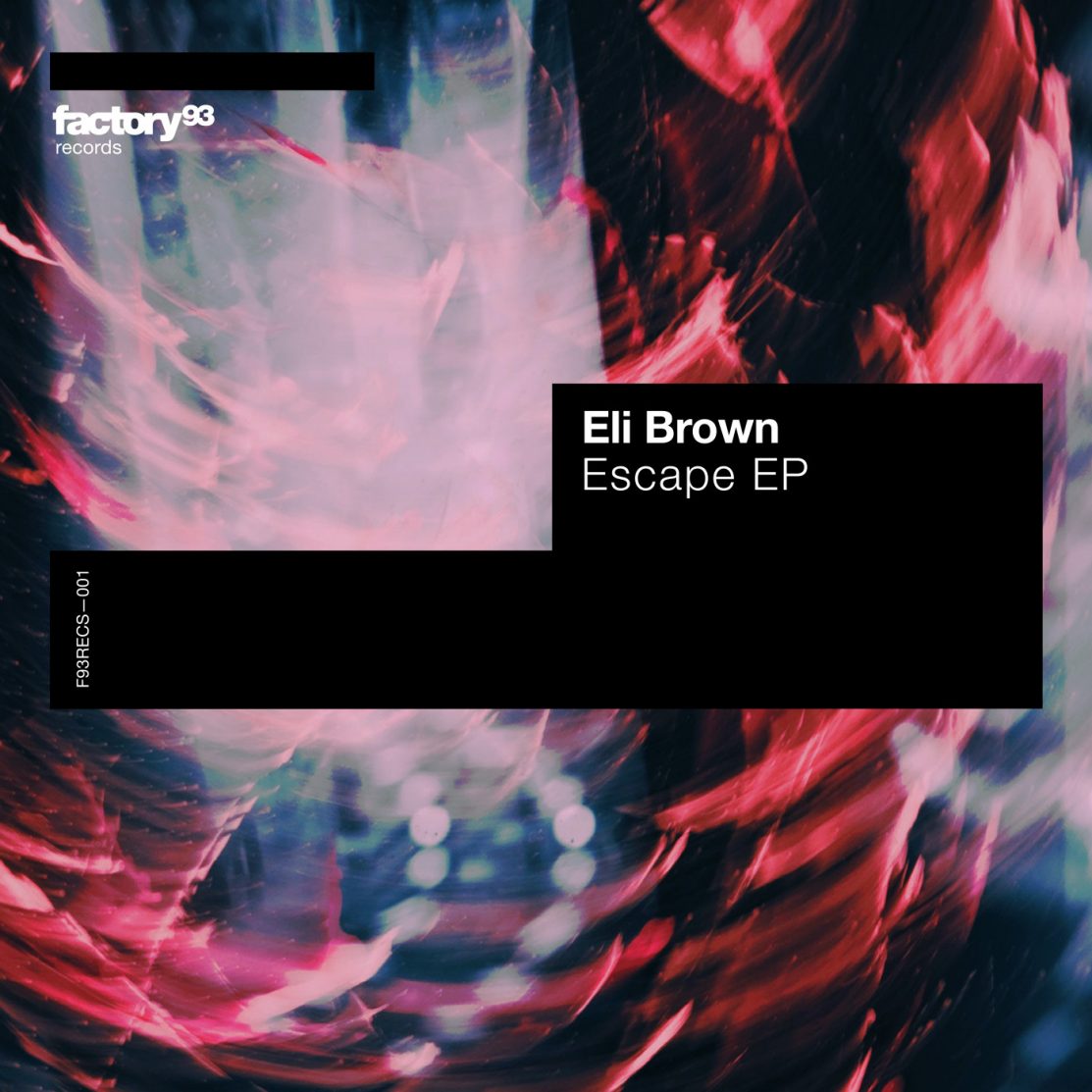 “I’m excited to be the first release on Factory 93,” says Eli Brown. “It’s always one of the best events to play at and I think this release definitely installs that harder and darker feeling in the listener, which is what Factory 93 is all about.” – Eli Brown

“Insomniac’s underground sector is celebrating its inauguration of Factory 93 Records with Eli Brown’s Escape EP. The compilation consists of three powerhouse weapons that will titillate your techno-loving souls. Since launching as a warehouse series and returning to Insomniac’s roots, Factory 93 has grown into a prominent purveyor of house and techno. We’ve seen their world-class festival showcases, open-air gatherings, club nights, and the launch of Secret Project. Join them now in continuing their prowess of music releases.” – EDM Tunes

“Insomniac’s new label will be showcasing the sounds of all things underground house and techno, the Bristol-based powerhouse unleashes his fury with three bone-rattling productions all driven by heady synth stabs and merciless bassline with each weapon set to decimate dancefloors.” – DJ Times

“Since his arrival on the scene, Eli Brown has given his growing fanbase around the world a taste of his dynamic house sound that burns deep with influences stemming from bass, jungle, and rave. The Bristol-based powerhouse’s first EP, Can You Feel It/Acid Test, earned him early looks as an artist to watch, and subsequent tunes such as “XTC” with Solardo further infected the ears of listeners worldwide. Now, he’s become the first artist to release music on the newly-minted Factory 93 Records with the Escape EP.” – EDM Identity

“An unstoppable force, Eli Brown unveils a massive three-track EP of mouth-watering house & techno cuts. Launching the new underground sister-label from Insomniac, Eli steps up for the first release on Factory 93, presenting a diverse mix of sounds across the hard-hitting end of the dance world.” – Rave Jungle