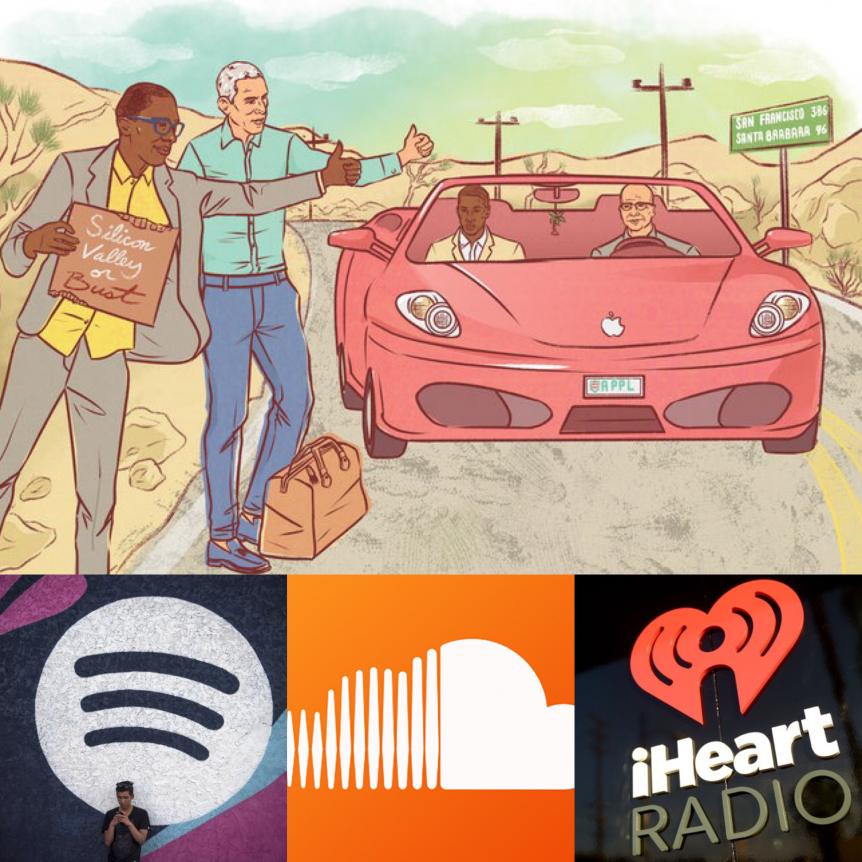 If you have been living under a rock, we got you covered! Here are 10 Music Tech stories that you may have missed in the last 30 days (or so).

1. Spotify in Talks to Acquire SoundCloud
– via Variety/Financial Times

According to a report from Financial Times and later doubled down by Variety, the biggest rumor of the last 30 days or so is that Spotify is very much interested and in advanced talks to acquire music platform Soundcloud. Soundcloud has had their ups and downs in the last couple of years with more and more users complaining about their music being removed, even in case where they are the owners of the content themselves and according to whispers within the company, their subscription offering, Soundcloud Go is not doing as well as expected. Read More

2. Apple Admits It Did Too Much With Apple Music
– via Fortunre

Apple executives said that their first run at taking on Spotify and winning the music-streaming market wasn’t successful. Apple tried to do too much too soon with Apple Music, said Jimmy Iovine, a music industry titan and one of the heads of Apple’s music operation. Read More

3. Is Tech’s Future Music’s Past? Why Silicon Valley Is Looking to Music Execs
– via Billboard

Billboard looked at the the reasons why the biggest streaming platforms in the world are looking for high profile music executives to lead their label and artist relations. Troy Carter with Spotify, Jimmy Iovine with Apple Music and more recently Lyor Cohen with Youtube. Read More

4. Amazon beefs up its music offerings
– via Business Insider

After almost two decades of relentless decline caused by piracy and falling prices, the music business is enjoying a fragile recovery thanks to the growth of paid streaming services like Spotify Ltd and Apple Music. Read More

7. Spotify Says It Will Invest More in Original Content
– via The Wall Street Journal

Spotify AB executives argued Tuesday against signing artists to exclusive deals but said the music-streaming service is planning to invest more in “original content” in the near future. Spotify’s chief strategy officer and chief content officer, Stefan Blom, said that over the next six to 12 months, the company would invest more in original videos and marketing events with artists.Read More

8. The Story of AllMusic, the Internet’s Largest, Most Influential Music Database
– via Motherboard

Motherboard did a great piece about AllMusic, the OG music database that power the technology that let us learn more about our favorite artists and bands. A technology that is very much still influencing the era of music streaming. Read More

9. Don’t Kill The Vibe Podcast Is Funny, No Bull Dance Music Journalism For Your Ears
– via Billboard

We are very proud of presenting our very new podcast “Don’t Kill The Vibe” (DKTV Podcast for short) hosted by Zel McCarthy (former VP of Media at Beatport) and Katie Bain (Senior writer at LA Weekly and editorial staffer at Insomniac), new episodes will be available every friday on Soundcloud, Youtube, iTunes and Spotify. Billboard had the exclusive a few weeks ago and are streaming episode one but feel free to check the rest on the platforms mentioned before. Read More

We are very excited to announce the integration of Dubset Media to our network of stores to help shape the future of mix content distribution! Read More