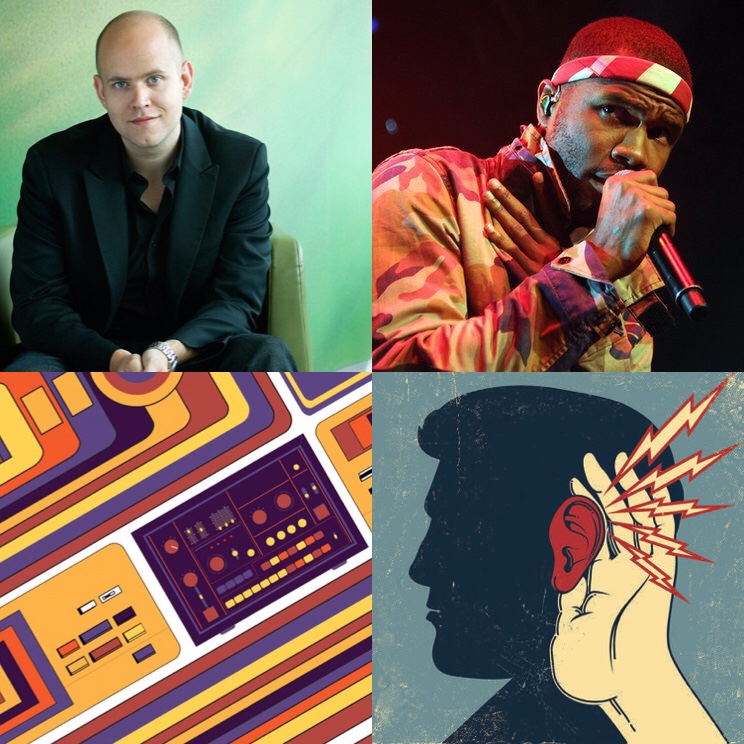 If you have been living under a rock, we got you covered! Here are 10 Music Tech stories that you may have missed in the last 30 days (or so).

1. Spotify is out of contract with all three major labels – and wants to pay them less
– via Music Business Worldwide

Streaming giant Spotify has been out of contract with all 3 majors and has been able to keep the content live with month-to-month agreements that roll over but if it is planning to go public, signing the major label’s catalog will be essential. According to reports, Spotify is looking to lower the percentage they pay them from about 55% to under 50% while trying to keep their free tier intact but this will prove to be a tall order, however, Spotify may be too big for the Majors to not find a middle ground with at this point. The next few months will definitely be interesting! Read More

Apple announced during the iPhone 7 event that its music streaming platform, Apple Music, now has 17 million paying subscribers. Thats 2 million more than they had about a year ago, amid competition from Spotify, Pandora, Google Play, Tidal and others. The streaming competition is definitely heating up but Apple has already established itself as the only viable competition to Spotify. Read More

3. ‘Operation Lenor’ and the real reason Fabric was shut down
– via Independent

Not particularly music tech news but this has been a cause of a lot of debate in the music scene, specially in the dance music world. The iconic London nightclub Fabric had its license revoked and was permanently closed by the government, is this the beginning of the end for the London night life scene? Read More

4. Music Technology of the 1970s: A Timeline
– via Pitchfork

Pitchfork did a great job of detailing and illustrating the progress of music technology through the 1970’s. If you are a fan of hardware and music, this is definitely a very interesting read for you and if you remember cassette tapes then this will bring back memories! Read More

Unless you live in a different planet, you may have noticed by now that Frank Ocean dropped one of the biggest albums of the year “Blonde” last month, the album was featured exclusively on iTunes and Apple Music. Everything sounds just about normal so far but what caused controversy was that Frank Ocean released “Blonde” independently after dropping a visual album 2 days earlier to fulfill his major label commitment, the visual album was not eligible to join the Billboard charts while “Blonde” went to debut at number 1. Apparently that didn’t sit well with Universal’s CEO Lucian Grainge, who reportedly ordered the company’s labels to stop the practice of making exclusive distribution deals with streaming platforms. Read More

6. Pandora Lifts the Curtain on Its Most-Played Tracks
– via Variety

Pandora is finally revealing the most popular tracks and artists in its platform and it is sourcing the charts from Next Big Sound, a company they purchased a little over a year ago. The charts include the “Top Spins”, “The Trendsetters” and “Pandora Predictions”. Read More

7. Did Daniel Ek just say that Spotify is buying Soundcloud?
– via Business Insider

Soundcloud has been rumored to be up for sale for a good 1 Billion dollars, in an exclusive interview with Swedish TV4 this weekend, Spotify’s founder Daniel Ek may have hinted he may be an interested buyer. ”The only thing that’s missing on Soundcloud is the ability to make money from your songs. That has never been Soundcloud’s strength. It is however Spotify’s”. Read More

8. Streaming Independence: New Apps Look to Draw Listeners Toward Music Far Below the Radar
– via Billboard

Streaming platforms have always struggled to balance the promotion of mainstream artists listeners are looking for and undiscovered indie artists looking for a breakthrough. MyFyx is an app that is looking to solve that problem. MyFyx is completely free for listeners and for artists, with a sub-focus on connecting fans with similar tastes in what its founders describe as a Tinder-like how-do-you-do feature. Read More

Wireless speaker system maker Sonos has announced new partnerships with Spotify (coming in October) and Amazon (coming in 2017) that will allow Sonos speakers to basically turn into a music connect system. Read More

After many months of work we are pleased to announce the launch of Label Engine’s new promo system! Read More